Forskolin: An Amazing New Look at an Ancient Supplement

America is obsessed with weight loss and there are no end to the supplements and dietary regimens that are consumed to take off weight. Most are unproven and not natural in origin.

Among the “proven” over-the-counter weight loss supplements that has been granted approval by the FDA is the drug Orlistat which, according to WebMD, blocks 25 percent of all of the fats that are ingested.  On the surface, this chemical appears to have great promise.

However, the site is quick to point out:

However, the embarrassing side effects may only be a small concern when compared to additional problems reported in some subjects including irregular menstruation, difficulty in breathing, hives and jaundice; hence, liver problems.

Of course, any supplements which promote indigestion, a loss of fluids, stomach pain and discomfort while an inconvenience to the general population can be a catastrophe for a competitive athlete. Athletes of any stripe have their fluids depleted enough; the use of supplements that cause the body to “leak” fluids is counterproductive. 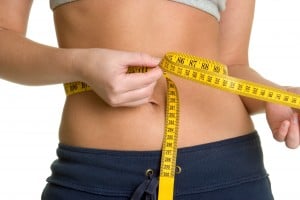 From Ayurvedic medicine, medical researchers are rediscovering forskolin benefits, an ancient supplement that has been shown in a 2005 study[i] to reduce weight, increase muscle mass as well as testosterone in obese men. The forskolin dietary supplement has garnered great interest in the fact that athletes needing to lose weight for competition naturally want to retain and even increase as much muscle mass as possible. In a follow-up experiment, women also seemed to benefit from the weight loss aspects of the forskolin dietary supplement.[ii]

The forskolin dietary supplement, derived from the Indian Coleus plant, is actually more related to the mint family than the Coleus in your garden. Forskolin benefits include the ability to natural activates enzymes throughout the body. The forskolin dietary supplement can naturally lowers blood pressure throughout the body. Due to this ability (and though outside the focus of this post), Forskolin has also been used to help lower eye pressure in patients with glaucoma.[iii] It suggests that these Forskolin benefits have potential to be combined with other supplements to promote eye health.

Forskolin and Asthma
Another aspect to the Forskolin supplement that has garnered tremendous interest is that it is apparently effective in preventing asthmatic attacks. In a 2006 study in the Journal of International Medical Research entitled: “Forskolin versus sodium cromoglycate for prevention of asthma attacks: a single-blinded clinical trial,” the scientists concluded:

“We conclude that forskolin is more effective than sodium cromoglycate in preventing asthma attacks in patients with mild persistent or moderate persistent asthma.”

In a follow-up study in 2010, the researchers also tested forskolin againstbeclomethasone, a steroid used by asthmatics. The study, entitled:  “Forskolin compared with beclomethasone for prevention of asthma attacks: a single-blind clinical trial.” The conclusion to this study was that there was no statistical difference between the two treatments and that:

For many athletes, especially asthmatic athletes, the use of Forskolin supplements in addition to standard treatments can be beneficial.

Forskolin benefits are seen as both natural weight loss supplementation that boosts lean muscle mass, as well as an aid for those who have asthmatic conditions.

Dosages
Typically, the Forskolin dietary supplement is usually taken at 500 mg that is divided on a daily basis or 250 mg twice a day.