Vitamin B-3: For Energy, Lower Cholesterol and Athletic Nutrition

Vitamin B-3 or Niacin cannot be stored by the human body but must be constantly replenished from food sources or vitamin B3 supplements. Foods naturally higher in B-3 include organ meats, chicken, dates, avocados, nuts and mushrooms. The highest single source is Brewer’s yeast. A lack of B-3 typically presents itself in terms of fatigue and many energy drinks are supplemented with the vitamin to promote wakefulness.

The medical community has long recognized many important Niacin supplement benefits, particularly as it relates to many aspects of heart and circulatory health. For example, a vitamin B3 supplement has been used to raise the levels of HDL or “good cholesterol” in the body.[i] It has been seen to have a favorable effect in lowering blood vessel inflammation and in stabilizing plaque in the blood vessels as well.[ii] 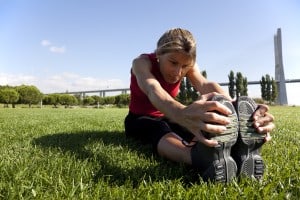 Benefits of Vitamin B3 (Niacin) and Athletic Performance

Due to Niacin’s benefits in regard to heart and blood vessel health and its energy boosting qualities, niacin supplements benefits have been extensively studied for athletic performance and sports nutrition. In terms of nutrition, the Journal of the International Society of Sports Nutrition, in a review entitled: Dietary Supplements and Sports Performance: Introduction and Vitamins, states:

Maintaining muscle glycogen is important to prolonging cardio and weight lifting workouts. We naturally assume that of all groups, that athletes eat the most nutritious foods and are the most diet conscious. This is not always the case.

“Active individuals lacking in B-vitamins — including college athletes and other elite competitors — may perform worse during high-intensity exercise and have a decreased ability to repair and build muscle than counterparts with nutrient-rich diets.”

As Niacin, among other B-vitamins is lost in body fluids, it is easy to see how perspiration, urination and hydration in addition to insufficient nutrition could lead to a lowering of athletic performance. On the other hand, in formulating a vitamin B3 supplement for improving athletic performance while some niacin supplementation is very positive, excessive use of a vitamin B3 supplement may have a negative effect.

“Niacin needs are increased during pregnancy, lactation, and growth periods, as well as after physical exercise.  Athletes require more B3 than less active people.  Stress, illness and tissue injury also increase the body’s need for niacin.  People who eat much sugar or refined, processed foods require more niacin as well.”

Even in those individuals who have been sedentary and are beginning an exercise regimen, there are Niacin benefits of vitamin B3 supplements. In a study that appeared in the Journals of Gerontology (February 2010) entitled: “Responses of Blood Lipids and Lipoproteins to Extended-Release Niacin and Exercise in Sedentary Postmenopausal Women,” it was found that with or without exercise Niacin helped lower fats in the bloodstream.”

The consensus is that the vitamin B3 supplement is taken in capsules of 500 mg. The favored way to take Niacin is through time release as Niacin will cause flushing of the skin. Niacin should be taken with food.