With the skyrocketing cost of health care, more and more individuals are seeking out preventative measures to stay healthy and live longer. In addition to eating healthier and exercising, individuals are seeking out dietary supplements at increasing rates. But even though using plants and minerals for both health and healing has been around for tens of thousands of years, there is still a lot of mystery surrounding supplements.

Here, we rounded up 10 things you might not know about them:

1. Use of plants as medicine predates written history.
Archaeological evidence suggests that humans were using plants as medicine as far back as the Paleolithic period, 60,000 years ago. The Sumerians, a civilization that lived on the banks of the Tigris and Euphrates Rivers in what is now Iraq, left one of the earliest written records of herbal medicines. The 6,000-year-old clay tablets contain mentions of opium poppy, thyme, licorice and mustard plants all being used for medicinal purposes. More recently, Asian cultures — especially the Sichuan province in China — have a history of using herbal remedies dating back more than 3,000 years.

2. The word “vitamine” was coined by a Polish biochemist named Casimir Funk in 1920.
It comes from the Latin word “vita” meaning life, and “amine” because scientists originally thought they contained amino acids. The “e” was later dropped. Vitamins are, well, vital for people in converting food to energy, and vitamin deficiencies can result in diseases like scurvy and rickets.

3. Think a dietary supplement is just a multivitamin? Think again.
Today’s supplements include vitamins, minerals, herbals and botanicals, amino acids, enzymes and more. And you don’t just have to swallow a pill. They take the form of everything from tablets and capsules to energy bars and drinks.

4. Herbal supplements and remedies are popular worldwide.
An estimated 75 percent of the world’s population uses or has used some type of product made by a private label supplements manufacturer, according to PharmacyTimes.com. The World Health Organization estimates that 80 percent of the populations in some Asian and African countries rely on traditional medicine — which includes herbal remedies — for their primary health care because it is generally more affordable than purchasing expensive pharmaceuticals. Annual revenues for herbal supplements in Western Europe reached $5 billion in 2003-2004, $14 billion In China in 2005, and $160 million in Brazil in 2007, according to WHO.

6. Multiple studies have shown that calcium and vitamin D are important to protecting bone health.
Research published in the American Journal of Epidemiology in 2010 found that men who consumed the most calcium (2,000 mg a day) were 25 percent less likely to die over the following decade than men who consumed the least. And researchers are increasingly recommending vitamin D to boost calcium intake and potentially reduce the risk of cancer. The Institute of Medicine recommends between 600 and 4,000 international units of vitamin D (depending on age and gender), and between 700 and 2,500 mg of calcium. 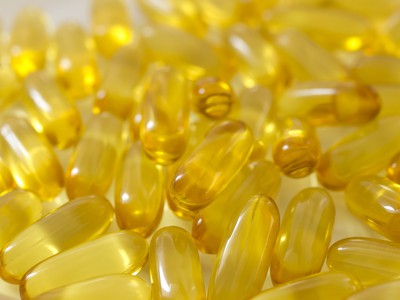 7. One of the most important supplements that Americans don’t get enough of is an Omega-3.
This fatty acid, commonly contained in fish oil, helps a variety of body systems — from cardiovascular health to brain functioning to arthritis, according to the Mother Nature Network. Scientists recommend getting at least one rich source of omega-3 fatty acid in your diet each day from sources like fatty fish, walnuts or ground flaxseed. “People who do not eat fish or other foods rich in omega-3 fatty acids should consider taking an omega-3 supplement of 500 mg per day,” said Dr. Frank Sacks of the Harvard School of Public Health.

8. Each supplement works differently.
Many supplements are supposed to be taken after meals: taking them without food can cause nausea and stomach discomfort. In addition, the nutrients in your pill usually bond with the food you’re eating, allowing more efficient delivery and absorption. Of course, there are some supplements that work better on an empty stomach — like enzymes or amino acid supplements — and some that, when eaten with specific foods, won’t be absorbed as readily (for instance, don’t take iron supplements with milk). Read the label on your supplement, or consult with the manufacturer, to find out the best way to take your custom supplement.

9. There are many different processes that can be used to make dietary supplements.
That’s according to Precision Nutrition. Natural source supplements are derived directly from vegetable, animal or mineral sources, and they undergo significant processing or refining before making their way into a bottle. Natural-identical synthetic supplements have the same molecular structure as natural source supplements, but are manufactured in a lab from start to finish. Strictly synthetic supplements are also totally manufactured in a lab; they have the same chemical makeup as natural source and natural-identical vitamins, but have a different shape, which can affect how the vitamin is absorbed into the body. Cultured supplements are grown in yeast or algae — similar to how yogurt, kefir or miso is made. Other methods include bacterial fermentation and using whole food-based extract.

10. Dietary supplements are not one-size-fits all and now they can be customized to meet the needs of a specific individual.
Think about it: a 70-year-old man has different dosage requirements than a 25-year-old woman. So rather than having to down several different pills and capsules a day to supplement a variety of deficiencies, individuals can call on supplement manufacturers to create a specialized pill that addresses their unique nutritional needs or the needs of their clients. And there’s no end to the types and combinations of customizations available — whether it’s boosting memory, improving eye sight or colon support, chances are there’s a special formula waiting to be made.