In their quest to lose weight out of a fear of heart disease and stroke, tens of thousands of individuals use fad diets to shed their unwanted pounds. As it turns out, fad dieters are unintentionally depleting minerals along with calories.[i] These micronutrients include magnesium, calcium, zinc and iron; micro-nutrients that are essential to maintain heart health. Micronutrients are essential for heart health; for example, a 2007 Study by clinical medical researchers showed a strong link between congestive heart failure and a lack of vital micronutrients such as zinc.[ii]

In a CNN article (November 1, 2006) entitled: “Heart disease still the most likely reason you’ll die,” it was reported that although heart disease rates have generally come down, more than 900,000 Americans are still dying each year from heart attacks and 70 million Americans are living with heart disease.

Canada’s Women’s College Hospital offered the following, rather shocking numbers: one in eight women between 45 and 64 has heart disease, and above 65, it is one in four. Genetics play a role to be sure, but poor diet is a major culprit in heart disease, along with a lack of exercise and the need to cease smoking. 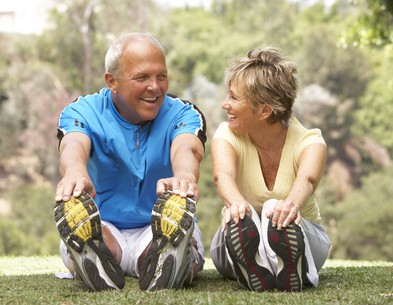 These problems are not just due to “obesity,” but poor diet overall, including a lack of vitamins and minerals. It is a vicious cycle; crash dieting or even poor diets lacking heart health supplements can potentially yield the same disastrous results they are trying to avoid.

There are, to be sure, critics of natural heart health supplements who point to studies that show little or no positive effects. These studies are invariably taken from populations in good health (such as physicians) who have access to superior diets and health care.

However, what of patients who have inadequate diets such as the elderly or those on limited incomes? Research has found that their diets are low in nutrients and it is becoming a major problem.[iii] To expand that point a bit, we have all heard the cry of the anti-supplement folks who will say, “Americans just need to eat more fruits and vegetables.” A Gallup Poll taken in 2011 showed that consumption of fruits and vegetables was down in the same period 2011 versus 2010 at almost two percentage points; 55.9 down from 57.8. Especially affected were Hispanics, Young Adults, Seniors and Women. The groups who need to be more aware of the benefits of micro-nutrients as natural remedies for heart disease are not getting the message.

This presents a major challenge to supplement companies but also a huge opportunity in the way of providing natural remedies for heart disease.

The role of micronutrients as natural remedies for heart disease is indisputable. For example, the prestigious Journal of Clinical Hypertension showed that magnesium was correlated to a reduction in blood pressure in a combination with potassium.

Chromium has long been explored for its role in heart and cardiovascular health. One of the newsletters of Harvard University Medical School entitled: Harvard Men’s Health Watch featured an article (January 2007) devoted to Chromium. There is apparently a correlation between low Chromium and heart attack risk. Numerous sources point out Chromium’s role in glucose metabolism; this is a prime trace mineral for diabetics to consider in terms of natural heart health supplements. Diabetics have higher risk for hypertension and heart disease.

The role of Zinc and cardiovascular disease has been widely studied. In a study reported in Nutrition[iv], the research team concluded: “(Zinc) appears to have protective effects in coronary artery disease and cardiomyopathy.”

The important points here are first; that mineral heart health supplements are a logical approach for people whose diets are deficient in fruits, vegetables and healthy nutrition. Second; that education on natural remedies for heart disease is critical to overcome a basic lack of knowledge and negative information, and finally that targeting specific segments may prove to be an excellent strategy; for example, trace minerals for senior heart health supplements.

Is it worth it?

In 2010, the Centers for Disease Control and Prevention estimated that $444 billion was spent in the treatment of “heart disease,” and this cost accounted for $1 of every $6 spent on healthcare in the United States alone. The number has undoubtedly risen. Of the top areas of expenditure, coronary artery disease (CAD) was at $108.9 billion and hypertension was $93.5 billion.

A pharmaceutical industry market research firm, Global Industry Analysts in a report issued on March 23, 2010, projected that by 2015 the worldwide market for cardiac drugs would be about $111.5 billion. It is, to say the least, a hefty price tag. Report Buyer, an online destination for research, issued a report entitled: “Cardiovascular Pharmaceutical Market Trends 2007 to 2010,” and in that report (September 26, 2007) showed that in 2005, the top 20 cardiovascular drugs exceeded $1 billion in global sales. The industry is experiencing rapid growth. Despite all of the warnings, the market for cardiovascular pharmaceuticals continues to grow.

Nevertheless, there is another piece of research that is extremely important for any heart health supplements company to recognize. An article entitled: “Effects of Benefits and Harms on Older Persons’ Willingness to Take Medication for Primary Cardiovascular Prevention”[v], appeared in Science Daily on March 4, 2011. The research the article cited was summarized in the opening paragraph:

“Faced with the risk of developing side effects, even ones as mild as fatigue, nausea and fuzzy thinking, many older patients are willing to forego medications that provide only average benefit (italics are ours) in preventing heart attack, according to a report by Yale School of Medicine researchers.”

Many patients, even those who suffer from cardiovascular disease, have experienced unwanted side effects and seek natural remedies for heart disease. They are more comfortable in refusing medications that have small benefit that leave them feeling sick.