Green Foods and New Interest Among The Population

Americans know they should be eating more vegetables – but they don’t. In a 2010 study by the CDC it was discovered that about 33 percent of adults ate two or more servings of fruit a day, while only 26.3 percent ate vegetables three or more times a day. In comparing 2000 versus 2010, the trend showed a decline rather than an improvement.

According to the USDA for the period of 2009 – 2010, as reported in The Wall Street Journal,[i] many of America’s food consumption patterns were improving.

“The latest findings add to growing evidence that suggests the nation’s eating habits may be taking a more healthful turn. Other studies also have found that caloric intake has declined in recent years.”

Some skeptics of the USDA report were, well, skeptical. While some Americans were eating better, many were locked in their same patterns. 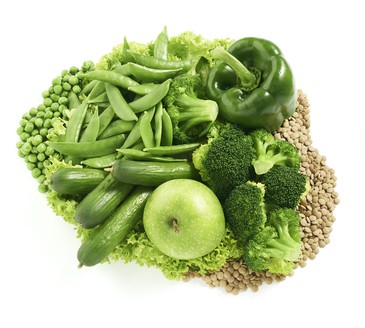 The NPD Group (they are a leading global market research group) study of American eating patterns of in-home and restaurant food consumption, completed in February 2013, showed that between 2003 and 2013, although fruit consumption increased from 5.3 percent to 6.0 percent, vegetable consumption declined from 5.8 percent to 5.6 percent.

Part of the problem is Americans just don’t have much time to cook vegetables. In an American Time Use Study[ii] men spend 17 minutes a day cooking meals while women spend 44 minutes. For both groups, married or single, cooking time is deducted from work-out time. Conversely, the time spent working out is deducted from cooking time.

There has never been a greater opportunity for superfood supplements that deliver super greens benefits. But that’s part of the problem.

So-called “Green Foods” bring up all kinds of emotions. To new consumers, the idea of scooping a spoonful of green powder or taking a couple of green food supplements in the form of capsules is almost Martian-like! To “Old-timers,” Green Foods are the Old-school superfood supplements that hearken back to the 1950s.

It might be easier to start over and to understand what Green Foods, what are the super greens benefits, are and what do they represent.

The term “Green Foods” has nothing to do with St. Patrick’s Day.

Green Foods can include algal products such as Spirulina and Chlorella; grasses such as Alfalfa, Barley grass and Wheat grass, or concentrated forms of leafy green vegetables such as Broccoli and Spinach.

Certainly, trends have shifted in regards to algae products. Here’s just one “silly example.” The “Sushi Encyclopedia,” of the Asia-Pacific Journal,[iii] states that in 2013, Americans spent $2 billion on sushi. Virtually every piece of sushi is wrapped in seaweed. From 2000 to 2005, sushi consumption increased 40 percent. More relevant, if we examine just one marine product Spirulina, in addition to the fact that it is a complete protein[iv] it is loaded with vitamins and minerals. It has been studied for everything from memory loss to diabetes.[v] As the population ages, these concerns will be extremely important.

Regarding vegetables such as Broccoli, studies have exploded in regard to an active ingredient, Sulforaphane. In one study[vi] this active ingredient was seen to suppress cancer activity in the colon. Another recent study[vii] supports broccoli as helping in activity against prostate cancer.

To not take better advantage of this research on super greens benefits and to not market the modern applications of these green food supplements represents a major loss to marketers and consumers.

Is it worth it?

Research strongly suggests that the market for Green Food supplements is growing in all channels of distribution. SPINS data as presented in a report on plant based ingredients in Natural Products Insider (December 2012), states:

“From 2010 to 2011, sales of herbal supplements—including Green Foods Supplements—jumped 7 percent to US $379 million in the mainstream market…Kelp and alfalfa posted two of the highest percentage increases from 2010 to 2011 (41 and 46 percent, respectively), while Spirulina booked a 26-percent boost in sales.”

According to many natural product sources:

The trends look strong. Will your company take advantage of the super greens benefits?

We have identified three factors that must be addressed in regard to expanding “Green Food supplement” sales. The first is superfood supplements purity. There’s substandard green food supplement product out there. Know your source for all green foods supplement ingredients and understand that quality does not come cheap, however, quality sells.

Second, segment your superfood supplements market. “Green Food supplements” is a nice catch-all phrase, but many of your customers will better understand for example, that a broccoli powder offers features than blue – green algae won’t. The reverse is true.

People want their Green Food supplement, they just may not have the time to prepare them in the kitchen or they may not understand the super greens benefits of superfood supplements they haven’t tried.